This month we’re focusing on an exciting new ingredient, astaxanthin. For those who aren’t familiar with astaxanthin (as-ta-xan-thin), allow me to acquaint you with one of nature’s most potent antioxidants, and the many reasons why astaxanthin would be a fabulous addition to any supplement regime. The latest research shows promising results for those everyday concerns such as ageing skin, low immunity, tiredness and fatigue, aching joints, low fertility, poor cognitive function, below-par exercise performance, I could go on but I feel I may have already caught your attention. 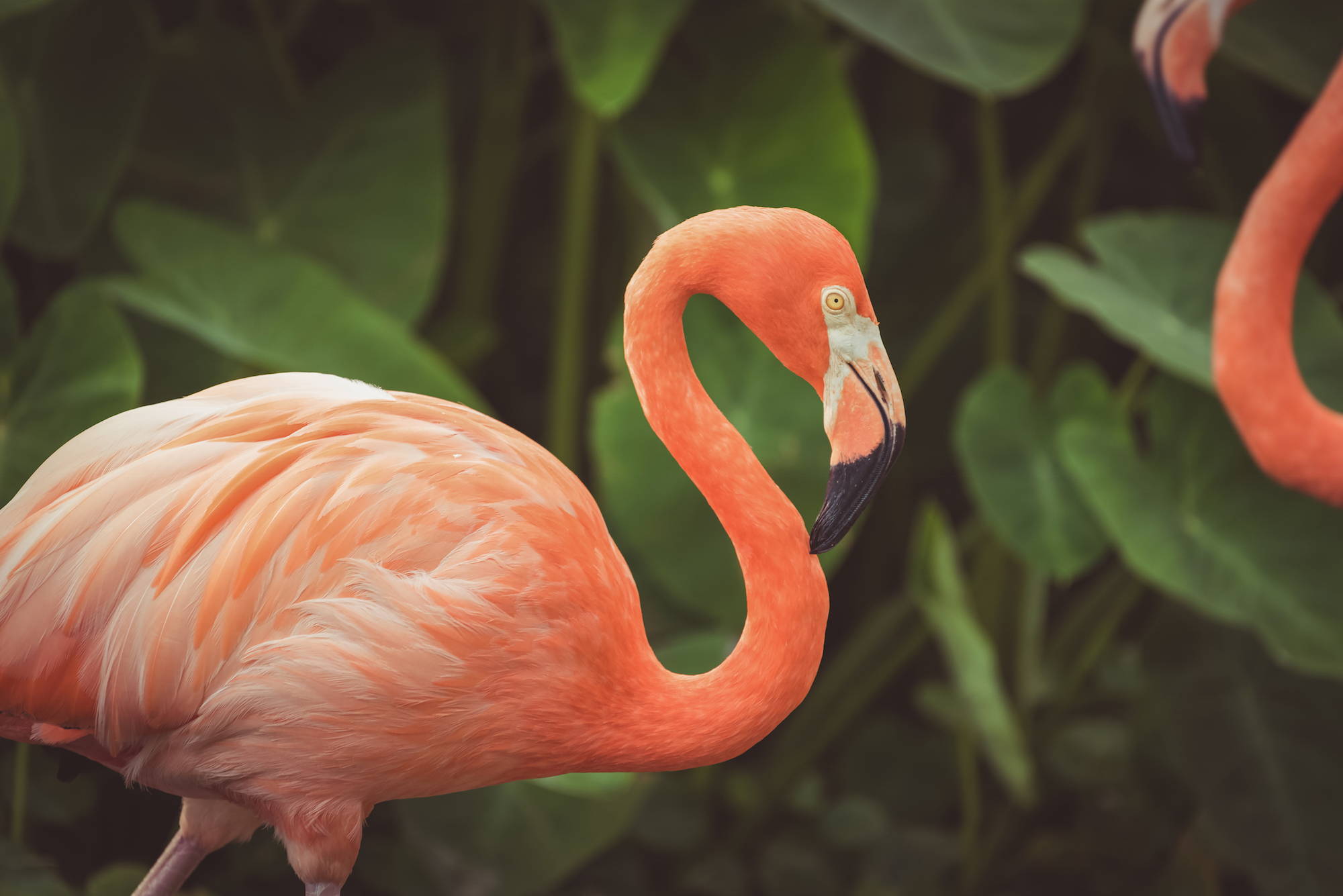 Astaxanthin is a bright red carotenoid pigment (natural colour) derived from haematococcus pluvialis (H. pluvialis), an algae with the highest levels of astaxanthin, accumulated in response to stressors from its environment, such as starvation, high levels of salt, high temperature and radiation. The accumulation of astaxanthin turns the algae from green to red, and is responsible for the bright pink-red colouring of many marine animals such as salmon, crab and lobster and the brightly coloured feather of flamingos, who obtain astaxanthin through their diet. Aside from its wonderful colouring, its main action is that of an antioxidant and, as such, providing protection to algae from environmental stressors.

How does astaxanthin work?

Similar to algae, the human body is also subject to environmental stressors, though ours include poor diet, pollution, stress, exercise, smoking, alcohol, drug use (prescription and non-prescription) and so on. The body also has its own inbuilt antioxidant capabilities which it works hard to keep in balance; however, an over-burdened body can lead to oxidative stress, which in turn, can lead to cellular damage. Long term, oxidative stress is associated with major health conditions including cancer, autoimmune conditions such as rheumatoid arthritis, neurological conditions including Alzheimer’s and Parkinson’s disease, and cardiovascular disease, as well as ageing, poor fertility health and inflammation. Whilst there are many things you can do to reduce causes of oxidative stress, like eating a healthy diet, purchasing organic food, getting adequate sleep, not smoking, using chemical-free cosmetics and cleaning products, other sources of oxidation, such as breathing and exercising, cannot be avoided.

The king of antioxidants? 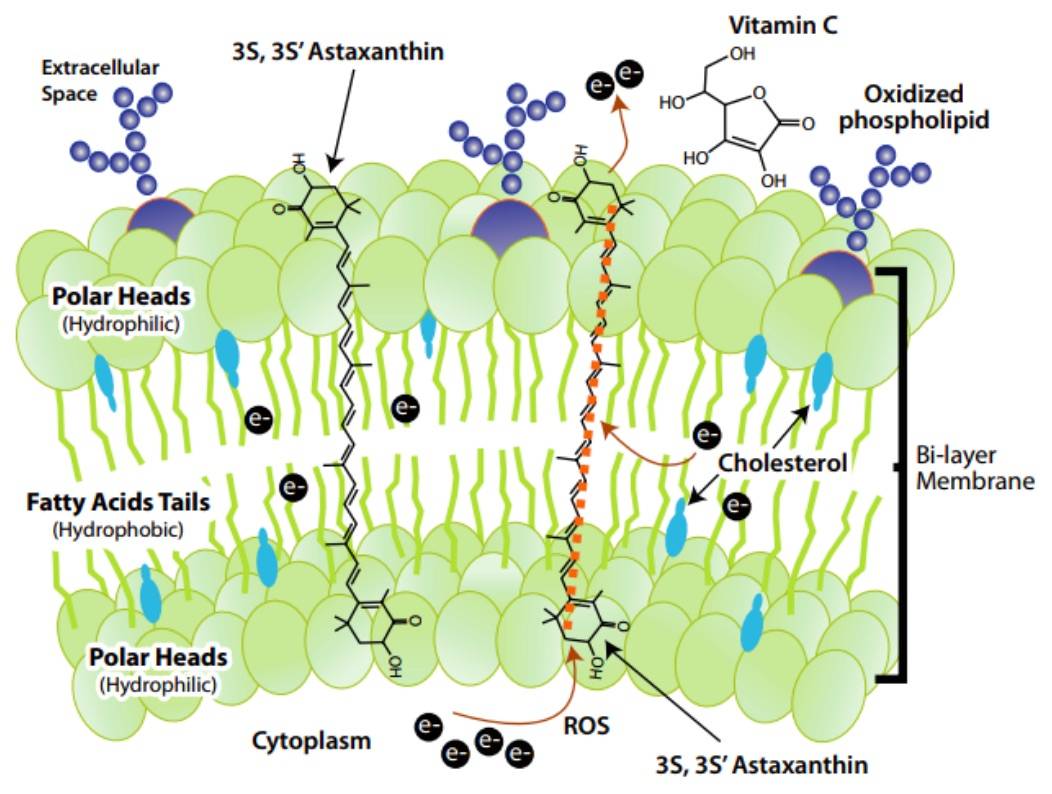 Given the everyday exposure to free radicals, it becomes important to consume a diet rich in antioxidants from foods such as spices and herbs, cocoa, nuts and berries, artichokes, beans and green tea, which are all high on the oxygen radical absorbance capacity (ORAC) table, a measure of antioxidant capacity. Astaxanthin has an ORAC value of 2,822,200, making it 293x as potent as wild blueberries, a well known antioxidant-rich food. Furthermore, its antioxidant properties make it 6,000x more potent than vitamin C, and 550x more potent than vitamin E (1).

Astaxanthin as a potent antioxidant and anti-inflammatory

High levels of oxidative stress can lead to inflammation; as a health-oriented company, we value the ability of nutritional science to help support the healthy balance of inflammation within the body, because inflammation underpins most health conditions. Studies have successfully shown astaxanthin’s ability to not only reduce biomarkers associated with oxidative stress, but also biomarkers associated with inflammation. As such, the antioxidant and anti-inflammatory properties of astaxanthin have shown promise in many areas of health. Here is an overview of some of the areas of research:

Astaxanthin for exercise – Exercise leads to production of reactive oxygen nitrogen species (RONS) within muscle, which promote improvement in athletic performance. Without the body’s own antioxidant capabilities, RONS can cause a state of oxidative stress, and the body can become overloaded during times of vigorous exercise, thus leading to oxidation, damaging molecules and potentially a negative impact on physiological function. Astaxanthin is not only a powerful antioxidant, but as it also upregulates the body’s own antioxidant capabilities, it helps to rebalance the oxidative stress caused by an over-production of RONS, with 3-5 weeks of astaxanthin supplementation shown to improve exercise metabolism, performance and recovery (2).

Astaxanthin for ageing skin – If there was ever a supplement we would all be taking, it would be an anti-ageing one. Skin ageing occurs over time, but the ageing process is accelerated by certain lifestyle factors, and exposure to agents which cause oxidative stress in the skin, like, for example smoking, drinking alcohol, UV exposure from the sun, and poor diet, amongst others. Studies illustrate that supplementation, and topical application of astaxanthin improved the appearance of ‘crow’s feet’, improved elasticity, skin texture and moisture content over the course of 8 weeks (3). Who doesn’t want to keep that fresh-faced and crease-free complexion for longer?

Astaxanthin for neuroprotection – Astaxanthin is a fat-soluble molecule, enabling it to pass the blood-brain barrier where it can exert its beneficial effects neurologically. Studies have demonstrated that for those who have supplemented with astaxanthin prior to a stroke, there is reduced production of reactive oxygen species (ROS), the build-up of which can lead to tissue damage and therefore loss of function, following a stroke. Furthermore, supplementing with astaxanthin following a haemorrhage may alleviate early brain injury with its ability to upregulate the body’s own antioxidant capabilities, as well as exerting anti-inflammatory effects (4).

Astaxanthin for cardiovascular disease – Studies suggest that taking astaxanthin before an ischemic event, such as a stroke, provides protection to the muscle tissue of the heart (5). It has also been shown to have a positive effect on cholesterol levels by decreasing overall triglycerides and increasing HDL (‘good’) cholesterol, which provides protection against atherosclerosis as HDL cholesterol carries LDL (‘bad’) cholesterol back to the liver to prevent it from forming plaques in the arteries (6).

Astaxanthin for eye health – Studies suggest astaxanthin protects the cells of the eye following an ischemic attack (7), and that it also inhibits retinal damage following white light exposure (8). A 6mg daily dose of astaxanthin for 4 weeks has also been shown to improve the function of the eye in middle-aged participants with eye strain complaints (9).

Astaxanthin for immunity – Supplementing with astaxanthin has been shown to boost the immune response and reduce DNA damage when exposed to infection (10).

Many studies have shown that supplementing with as little as 2mg of astaxanthin per day reduced oxidative DNA damage by 40% after 4 weeks of supplementing. (10) A single capsule serving of Pure & Essential AstaPure Astaxanthin contains 4mg of active astaxanthin to provide daily antioxidant protection for everyday health, with 1 bottle containing a 90 day supply. The astaxanthin content is the equivalent to 1.25 portions of wild sockeye salmon, or 5 portions of farmed Atlantic salmon. To increase absorption, we have added fat in the form of olive oil and recommend taking your supplement after a meal to further enhance the bioavailability. Under the advice of a healthcare practitioner, you can safely increase your dosage to 3 capsules per day, to provide more therapeutic support. 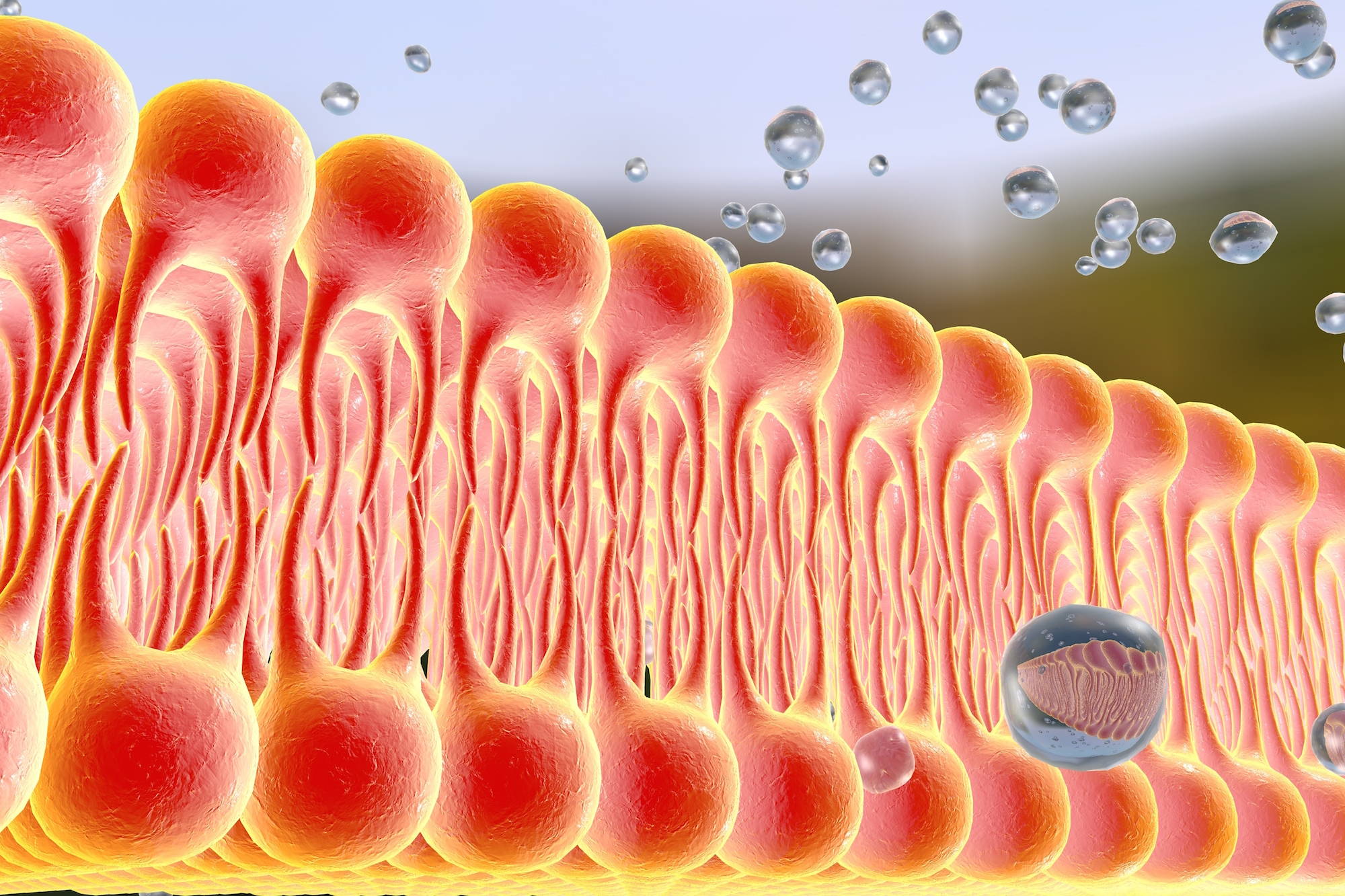 Want to know if astaxanthin is right for you? Feel free to contact our team of nutritionists who are available on our LiveChat facility or via email If you feel like you could benefit from more extensive support from our nutritionists, please feel free to book an online consultation via MyOnlineCLINIC for a time most convenient for you, and from the comfort of your own home.