No one contests the fact that women experience very real physical and psychological symptoms when going through the menopause, but does a similar phenomenon occur in men? Or are changes observed in men of advancing years just due to inevitable ageing? In this article, we’ll look at the causes, symptoms and signs of male hormonal imbalance, while exploring actionable steps men can take to maintain healthy testosterone levels. 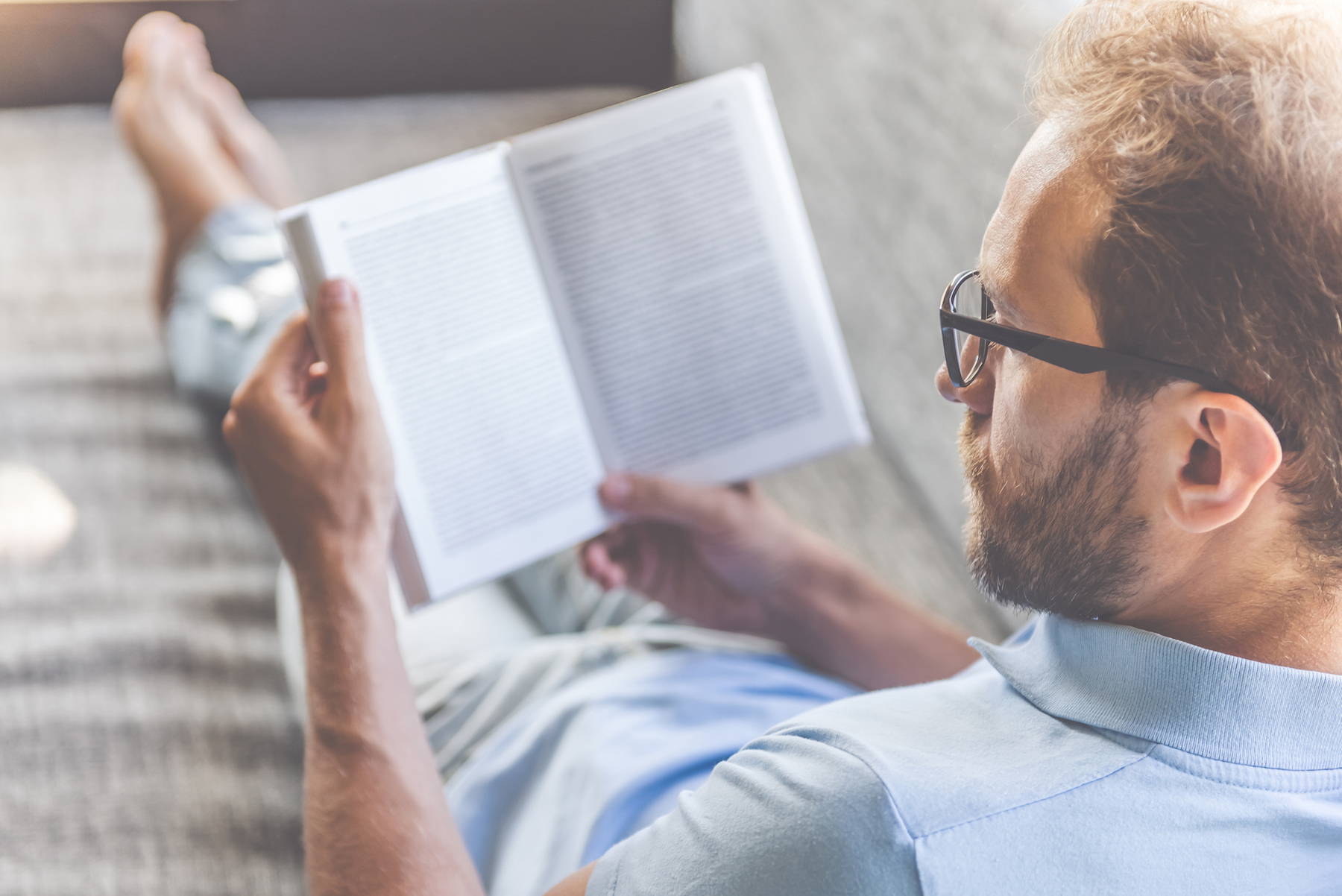 Unlike women, men do not, as a rule, experience a dramatic decrease in hormone levels in middle age, making the terms ‘male menopause’ and ‘andropause’ misleading. While testosterone levels usually decrease gradually with age, abnormal hormone levels can significantly affect quality of life.

In response to messaging from the pituitary gland in the brain, the testes produce the most prominent male hormone, testosterone. However, a small amount is also produced by the adrenal glands - small endocrine glands best known for their role in our fight-or-flight response. Rising rapidly during puberty, testosterone causes the development of male physical characteristics, maintains a healthy muscle & bone mass and boosts mood, brain function, libido and confidence.

Although oestrogen is considered a ‘female hormone’, it is also present in healthy men and plays a critical role in, amongst others, male sexual function. In men, the enzyme aromatase, found especially in adipose (fat) tissue, converts oestrogen from testosterone. Despite being beneficial in small amounts, high oestrogen levels can lead to chronic illness and also lower testosterone via a negative feedback loop.

Interesting fact: Married men and especially fathers have slightly lower testosterone levels than their single peers. Physiologically, this makes them more likely to settle down and care for their families rather than going out to fight or look for a new mate!

One main cause is beyond your control – ageing. Testosterone levels peak at age 18 and fall gradually after age 30 at a rate of ~1-2% per year. (1) An estimated 40% of men over the age of 40 have low testosterone levels on blood tests, although only 10% experience symptoms.

Other causes are largely due to lifestyle and behavioural factors. Aromatase activity increases with body fat mass, meaning more testosterone may be converted to oestrogen in overweight men. High circulating levels of oestrogen cause the pituitary gland to hold back its hormonal signalling for the testes, resulting in decreased testosterone production. This vicious cycle means that testosterone production is further diminished in men with high oestrogen levels.

Both a lack of exercise and overtraining are culprits - decreased physical activity by causing weight gain, excessive exercise by increasing levels of stress and inflammation in the body, - which suppress sex hormone production. (4) Similarly, chronic psychological stress is thought to lead to a decrease in testosterone levels since reproduction is not prioritised during times of stress.

Chronic, excessive alcohol consumption and low-fat diets, as well as certain medications, such as antidepressants and chemotherapy drugs, also contribute to lower testosterone levels. (5; 6) Additionally, there is a definite relationship between BPA (7) & phthalates (8), chemicals found in many plastics, cosmetics and even till receipts, and decreased testosterone.

Decreased testosterone and raised oestrogen share many of the same symptoms in men. Muscle mass diminishes and fat accumulation increases, especially in the abdominal area, with potential breast enlargement. You may feel less energetic, have trouble sleeping and experience mood symptoms, such as depression (9), as well as irritability, loss of confidence and poor memory & concentration. Libido decreases, and erectile dysfunction can occur. 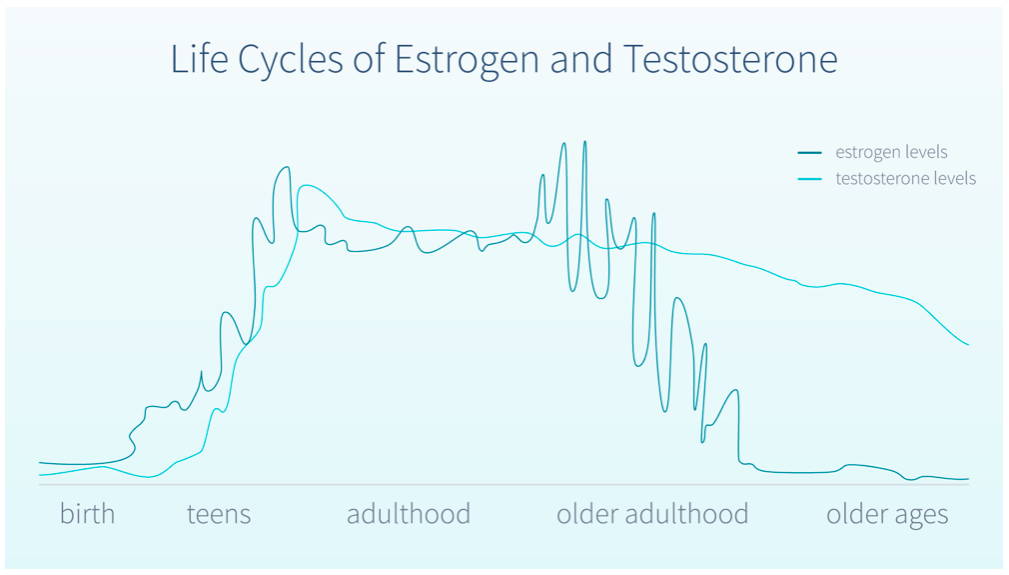 Typical levels of estrogen and testosterone in men over time. Image courtesy of letsgetchecked.com

It’s not just about how you feel today, but also about protecting your health for years to come. Imbalanced hormones put men at a higher risk of metabolic conditions (14), such as diabetes & cardiovascular disease, strokes, osteoporosis, prostate enlargement and cancer.

How to get hormone levels checked and treated

If you suspect a hormone imbalance, a healthcare professional can assist you with taking and interpreting a male hormone level blood test. It’s even possible to order a home finger prick blood kit online. The total testosterone level test measures both the fraction that is bound to proteins and the free fraction, available for use by the body. A test measuring both total and free testosterone separately is thus more useful. Please bear in mind that test results should always be interpreted in conjunction with symptoms, as ‘normal’ testosterone levels vary naturally between men.

If your levels are indeed outside the normal range, initial treatment might focus on diet and lifestyle changes or addressing your specific symptoms. For more severe cases, your GP may advise testosterone treatment, available on the NHS, which can greatly improve quality of life and decrease mortality when prescribed and monitored correctly.

These achievable steps can go a long way towards supporting hormone balance. If you require more support, feel free to contact our approachable team of nutrition professionals who will be more than happy to support you further or point you in the right direction. The use of targeted diet, supplement and lifestyle interventions