deficiency symptoms and how to supplement

Vitamin B12 has a complex absorption mechanism that declines with age and a myriad of other factors, meaning that many of us have suboptimal levels. Vital for brain, nervous and immune system function, cardiovascular health as well as for energy production, B12 deficiency symptoms often manifest late and may be irreversible, making it critical to maintain healthy levels throughout our lifespan. 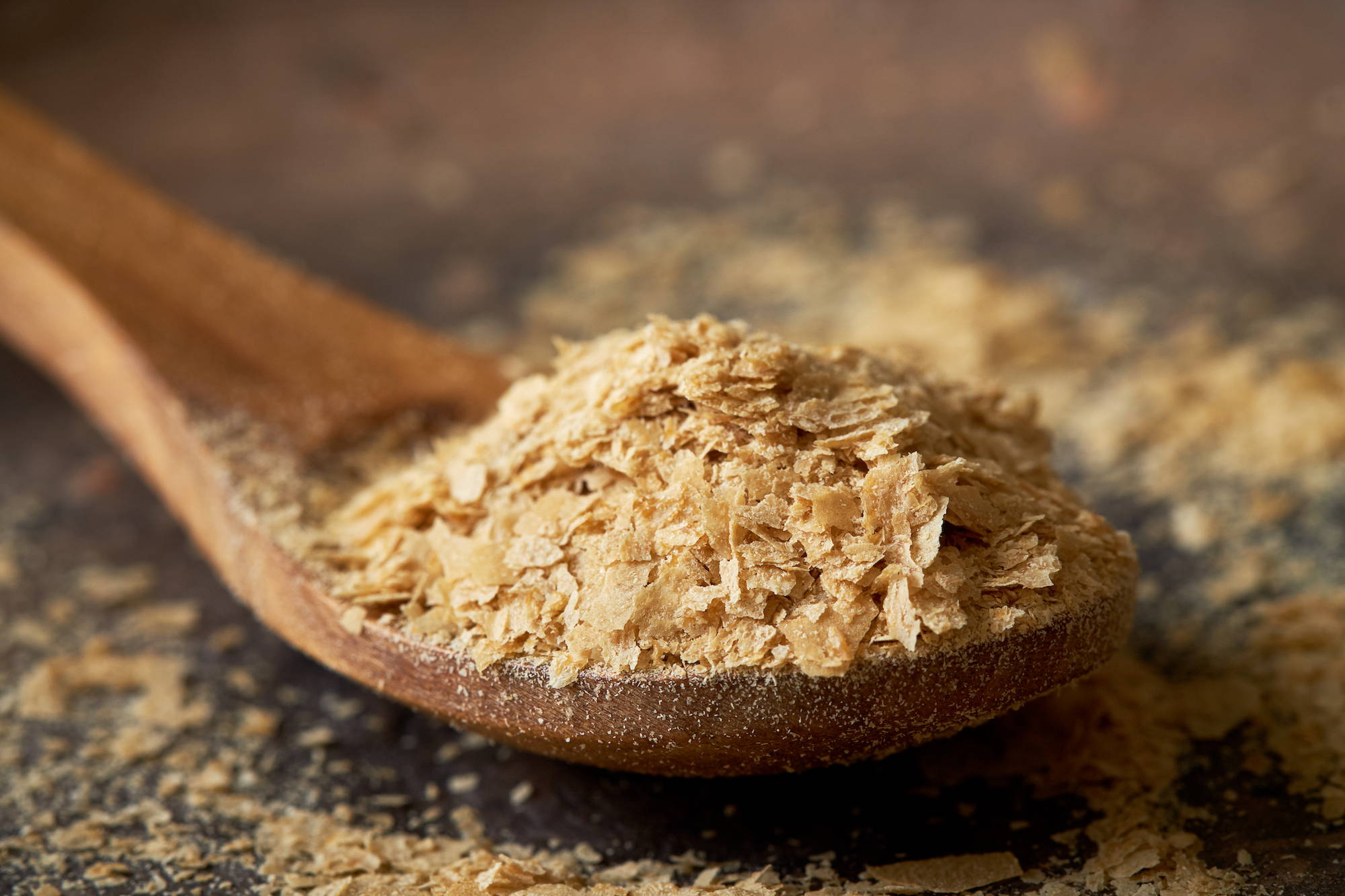 Sources of vitamin B12

Dietary B12 is found in animal products, with organ meats being the richest source. Vegetarians and vegans are therefore at risk of deficiency. While certain vegan foods, e.g. yeast extract and some cereals, are fortified - the inferior cyanocobalamin form of vitamin B12 is used. Although some plant foods contain B12-like substances, these are not bioactive. (1)

Who is at risk of B12 deficiency?

Whilst many vegans and vegetarians know to supplement vitamin B12 due to a lack of dietary sources, B12 status depends on so much more than just dietary intake.

Vegans, vegetarians and those consuming little animal protein won’t take in enough unless they top up with fortified food or supplements.

Those with liver disorders are at risk as B12 is mainly stored in the liver.

This is a common cause of B12 deficiency as the uptake mechanism is surprisingly complex.

Oral contraceptives and metformin are examples of medication which may lead to B12 insufficiency.

Genetic variations can affect various stages of B12 absorption, transport and conversion to functional forms.  Vitamin B12 exists in multiple forms, with each form transported around the body and within cells by specific proteins and then made bioactive by enzymes specific to each type. Those with genetic variations on particular B12 pathways may benefit from supplementation with alternative or multiple forms of B12 - including methylcobalamin, adenosylcobalamin or hydroxocobalamin.

Symptoms of vitamin B12 deficiency

B12 insufficiency can be hard to recognise, as symptoms sometimes appear only in severe deficiency and can be vague and difficult to diagnose. Unless someone is vegan, a lack of B12 is often not considered.

The most serious conditions caused are neurological. Vitamin B12 is important for the production of myelin sheaths, which are protective coatings around the nerves and brain cells. Nerve damage causes symptoms of tingling and numbness in the feet and hands, changes in gait, disturbed vision and cognitive decline. Vitamin B12 plays a role in hormone and neurotransmitter production, and a lack thereof may lead to irritability, depression and bipolar disorder.

Due to its role in DNA synthesis and red blood cell formation, B12 deficiency may result in anaemia (with symptoms such as pallor, dizziness, palpitations and shortness of breath) and damaged mucous membranes. In the mouth, ulcers or a bright red, painful tongue may occur.

B12 is needed for mitochondrial energy production, and for detoxification. A lack thereof may result in fatigue, an increased risk of chronic illness and poor immune function. 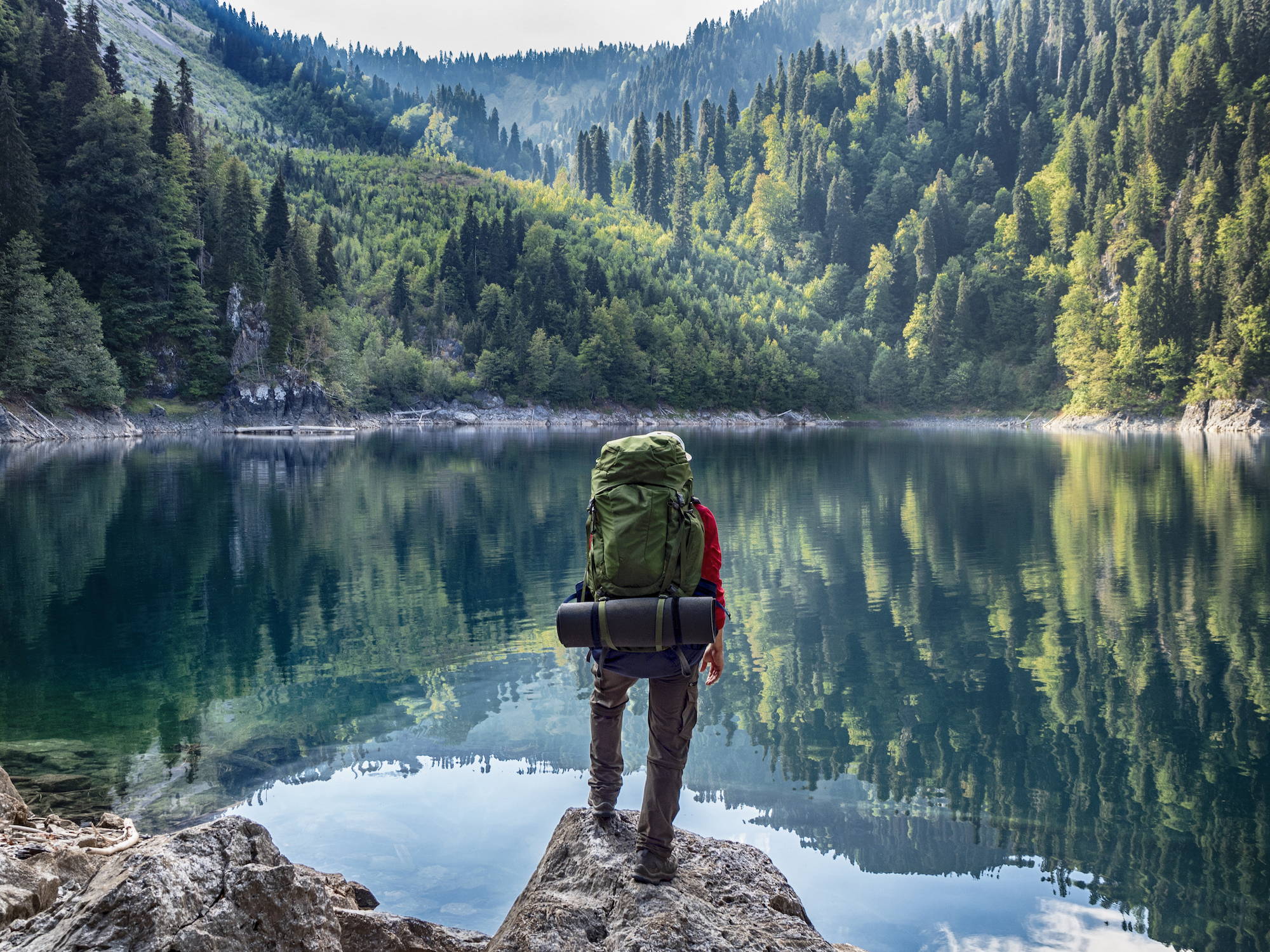 Forms of B12 and why to avoid cyanocobalamin

Cyanocobalamin is a synthetic form of B12 found in fortified food and ‘cheaper’ supplements. This form is unfavourable as it is not bioactive, needing to go through many steps in the body to be converted into one of the active types below, invariably leading to poorer B12 status than if supplementing an active form. It also contains cyanide which needs to be detoxified by the body. Cyanocobalamin is not well retained - studies comparing the effectiveness of different B12s show that this form has poorer cellular uptake and is lost up to three times faster in urine. (1)

The following forms are naturally found in food and each have their own individual benefits:

How to test your vitamin B12 level

A total blood B12 level is easy to organise through your GP or with a home test kit from a private lab. Be aware that a ‘holotranscobalamin’ test is more accurate and may detect deficiency sooner, as it measures the amount of active B12 bound to its carrier protein rather than just the total amount of vitamin B12 in the bloodstream. If you have signs of B12 deficiency despite a normal test result, it may be worth discussing a trial of B12 supplementation with your GP, as sometimes (for example, due to genetic variations) B12 struggles to enter cells, so deficiency symptoms can occur despite seemingly healthy blood levels.

Choosing a B12 supplement - factors to consider

Due to the complexity of B12’s absorption and transport around the body & within cells, and knowing that genetic variations can impede metabolism of various forms, if you’re looking to cover all bases it’s wise to supplement with a combination of methylcobalamin, adenosylcobalamin and hydroxocobalamin.

Studies have shown that when treating vitamin B12 deficiency specifically, hydroxocobalamin or a combination of adenosylcobalamin and methylcobalamin are a better choice than methylcobalamin alone. (2;3) Cyanocobalamin is best avoided as it’s not bioactive and contains the toxin cyanide. If a supplement doesn’t list which form it uses, it’s likely cyanocobalamin.

For all of the reasons mentioned above, B12 absorption through the gut from a swallowed B12 supplement is often suboptimal. If one has a known deficiency, symptoms or is at risk of low B12 levels, supplementing with an orally absorbed supplement is much more reliable. B12 is absorbed directly through the rich network of blood vessels under the tongue into the bloodstream. Sublingual supplements are easy to use and convenient for children and older adults who have difficulty swallowing.

A sublingual B12 tablet offers superior delivery as it gradually releases B12 as the tablet melts, ensuring adequate time for absorption into the blood vessels, unlike sprays and drops which are delivered immediately followed by dilution with saliva and an urge to swallow. Similarly, lozenges are moved around the mouth rather than remaining close to the richest blood vessel network under the tongue, and the excessive salivation means that most of the B12 provided ends up being swallowed. When considering any of these supplements’ delivery systems, look for those which avoid artificial ingredients and sugar which may promote tooth decay.

A surprisingly small fraction of ingested B12 is actually absorbed by the body (4), which is why the amount provided in supplements is much higher than the recommended daily value. B12 is safe in high doses - there is no ‘tolerable upper limit’ - and what the body doesn’t need, it simply excretes. 1000mcg per day, especially when taken sublingually, is an effective dose to either prevent B12 deficiency, or to support those with a mild to moderate lack of vitamin B12. In severe B12 deficiency, up to 5000mcg per day is used with no adverse effects.

Vitamin B12 injections vs sublingual supplements

B12 injections, often delivering hydroxocobalamin, are used to support deficient B12 status. However, sublingual vitamin B12 supplements can be as effective as and even superior to injections at raising B12 levels (5), as the vitamin is absorbed directly into the rich network of blood vessels under the tongue. Sublingual delivery does not rely on intrinsic factor, so even those with pernicious anaemia now have an alternative to lifelong B12 injections. (6;7)

We are excited to launch our new Super B12-Complex, expertly formulated to ensure that this supplement is not only bioavailable and effective but also a pleasure to take. 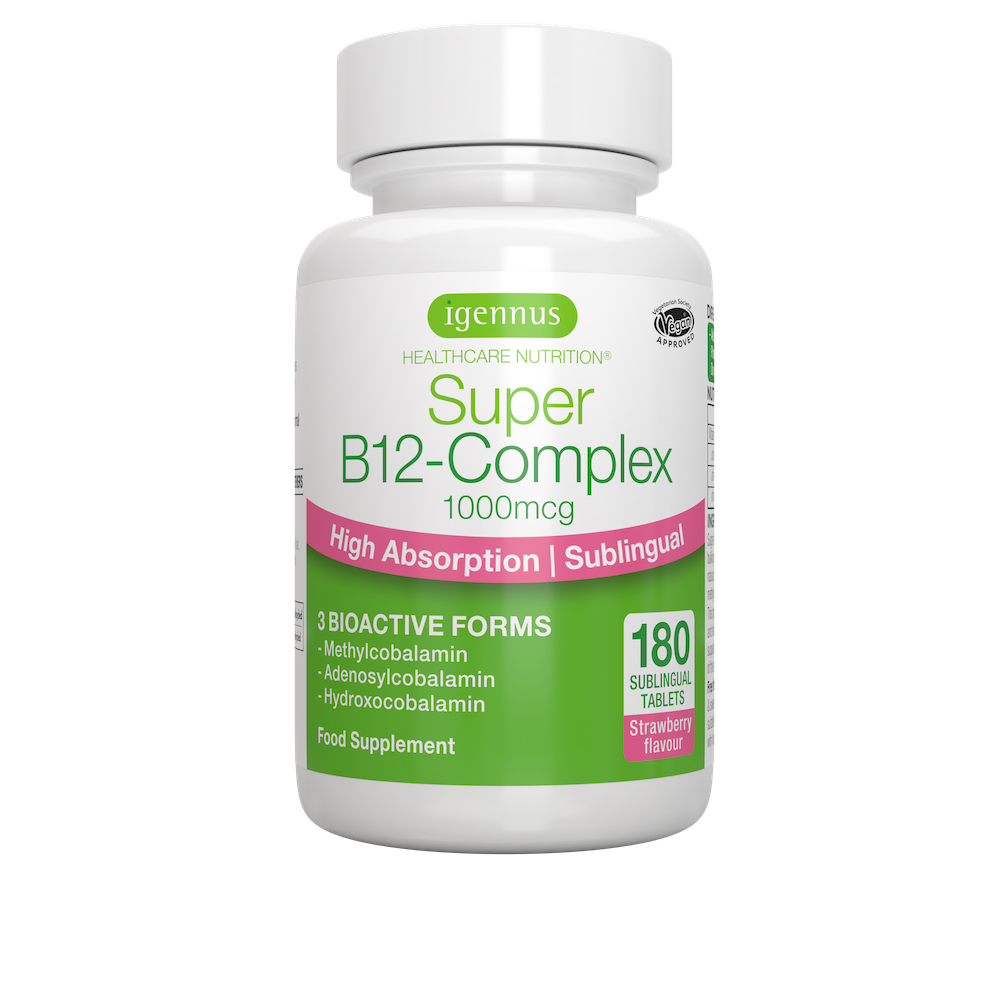 These achievable steps can go a long way towards perking up your mental well-being and helping you to take positive steps forward in achieving your health goals. If you require more support, feel free to contact our approachable team of nutrition professionals who will be more than happy to support you further or point you in the right direction.