Post-traumatic stress disorder (PTSD) is an extremely distressing condition that arises after having experienced a traumatic event. Affecting around 3% of the population, individuals experience symptoms that are similar, but not exclusive, to those associated with anxiety and clinical depression. Many individuals with PTSD are also prone to developing other mental health problems including phobias, drug or alcohol abuse as well as sleep and eating disorders. As sufferers also have a tendency towards poor dietary habits, nutritional intervention can offer a therapeutic approach that can help restore chemical imbalances and help manage symptoms, either as an exclusive intervention, or alongside standard treatments.

Experiencing stress on a daily basis has become an accepted part of normal life, yet for some individuals, chronic stressful situations can have significant impact on both immediate and long-term health. Timing and the severity of the stress ‘exposure’ are key factors and can be linked to severe stress-related disorders including PTSD and early life adversity (ELA). Both conditions are triggered by traumatic and stressful events severe enough to negatively impact an individual’s mental and physical health. For example, ELA is associated with adverse childhood experiences including continual maltreatment/abuse or neglect, whilst PTSD can be triggered by single events such as physical assault and natural disasters or by traumatic experiences such as war or persistent sexual abuse at any age. Some individuals are, however, more likely than others to develop the disorder in the face of similar levels of trauma exposure, suggesting an epigenetic role, with several single-nucleotide polymorphisms (SNPs) associated with an increased susceptibility to PTSD. [1] Both ELA and PTSD are linked to poor mental and physical health and sufferers have an increased risk for developing mood disorders, cardiovascular and metabolic diseases, type II diabetes, and obesity.

The stress system in PTSD

The stress system, which includes the hypothalamic-pituitary-adrenal axis (HPA-axis) and the sympathetic adrenal medullary system (SAM) are critical in the physiological response to stress. Under ‘normal’ conditions, activation of the stress system leads to behavioural and physical adaptive changes that are beneficial in terms of survival. However, excessive and prolonged activation of the stress system can (in some cases) lead to long-term mental and physical complications. Increased (and prolonged) production of corticotrophin-releasing hormone (CRH), cortisol and catecholamines can contribute to psychiatric, circulatory, metabolic and immune disturbances. Repeated or chronic stress can, however, also lead to hypo-activation of the HPA axis, reflecting a compensatory physiological adaptation. There is certainly evidence for HPA dysregulation in PTSD. For example, CRH concentrations and catecholamine depletion is common to PTSD, with cortisol levels considerably lower in PTSD patients than in non-PTSD trauma survivors and normal controls. The reduction in cortisol levels results from an enhanced negative feedback by cortisol, which is secondary to an increased sensitivity of glucocorticoid receptors in target tissues and contradicts the well-known chronic stress cascade in which CRH release results in depletion of negative feedback and down-regulation of glucocorticoid receptors. Symptoms of PTSD are numerous and diverse, depending (in part) on the source/severity of the stressor. In addition, symptoms also vary in severity between sufferers but can include guilt, shame, irritable or aggressive behaviour, reckless or self-destructive behaviour, hyper-vigilance, exaggerated startle response, poor cognitive function and problems with concentration. In addition, individuals with PTSD have been found to exercise less frequently, develop eating disorders/poor dietary habits more often, engage in smoking/alcohol consumption more frequently and are more likely to experience sleep disturbances. [2]

The role of inflammation

Stressors also have a direct impact on neurotransmitter pathways that, ultimately, may limit neurogenesis by suppressing the activity of growth factors (such as brain-derived neurotrophic factor [BDNF]), influence cell signalling (through NF-kB and MAP kinase pathways) and activate the inflammatory immune system, via cytokine release. Unsurprisingly, neuroinflammation is a common characteristic of PTSD (as well as other mental health conditions including major depression, bipolar disorder and schizophrenia). [3] Inflammatory processes can trigger and/or further deteriorate mental functions and while current treatments such as antidepressants (such as selective serotonin reuptake inhibitors) and psychotherapy have been shown to have a beneficial effect on the HPA axis in PTSD sufferers, there is increasing interest in nutritional and lifestyle approaches to managing symptoms. In addition, PTSD patients often adopt unhealthy eating practices (often reflected by poor diet quality) that can exacerbate both mental and physical symptoms. [4,5] 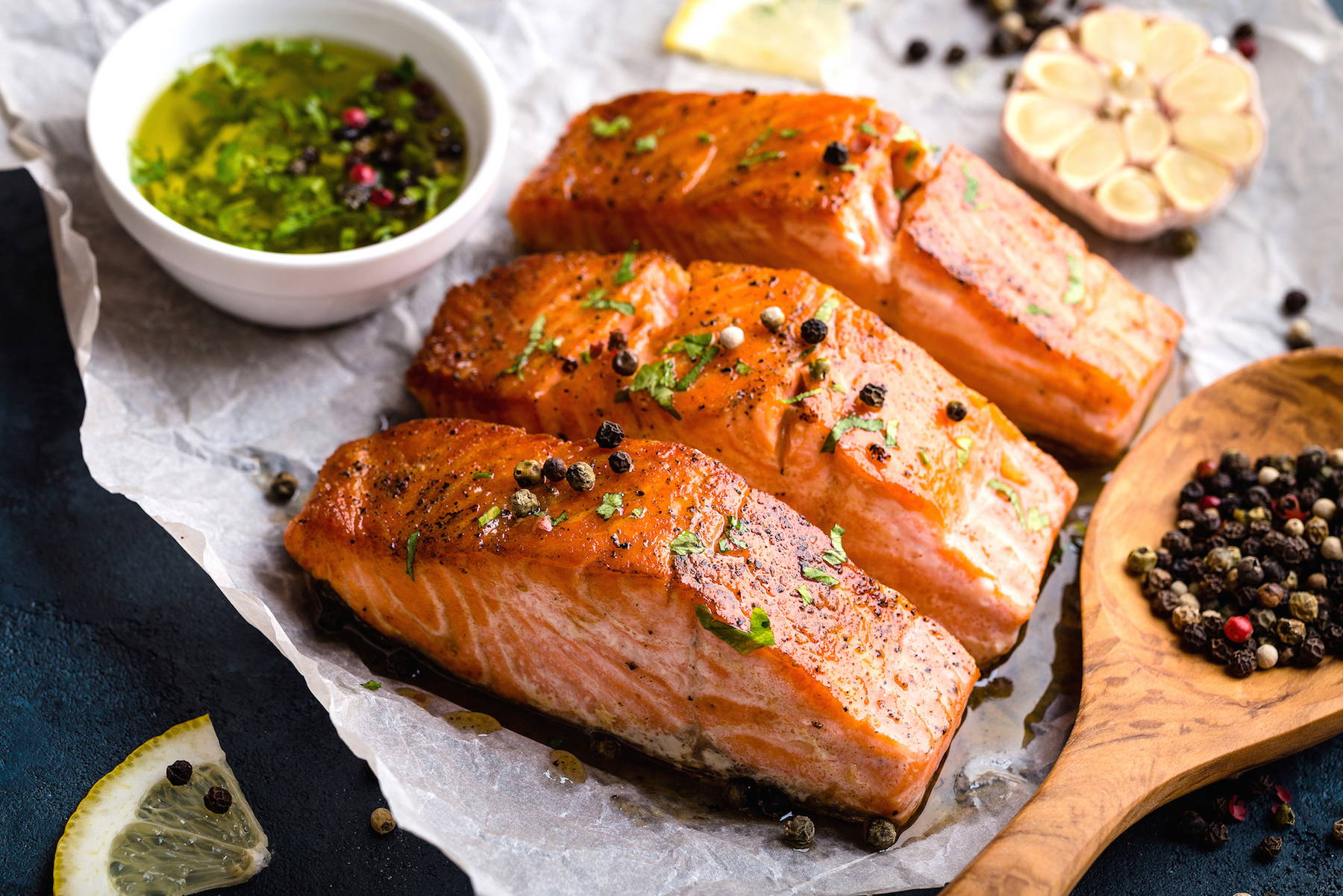 Dietary changes are essential in the management of PTSD and the benefits of anti-inflammatory diets such as the Mediterranean diet that avoids processed, refined foods should be encouraged. The basic staples of the Mediterranean diet are large amounts of olive oil, unrefined cereals, legumes, vegetables and fruit, coupled with oily fish and lean meat, alongside moderate dairy consumption. Foods, ideally, should be locally sourced and organic to reduce exposure of the individual to environmental and agricultural toxins which can exacerbate symptom severity. Research stemming from as far back as the 1940’s has supported the Mediterranean diet in offering significant improvements to health status; unfortunately, however, the impact of modernisation/westernisation (in terms of ‘advances’ in food processing and refining methods) means that the original Mediterranean diet, in its true sense, has changed significantly over the years. Regardless, by understanding and adopting the key principles of the Mediterranean diet (whilst incorporating a more active and less stressful lifestyle), clients can still benefit from adopting this effective anti-inflammatory dietary regime. [6]

Clients suffering with PTSD are highly likely to have a number of chemical imbalances and identifying areas where additional, immediate or more intensive support is required is essential for effective support and recovery. Unfortunately, studies investigating the benefits of nutritional interventions in PTSD are, to date, rather thin on the ground and so targeting support towards the pathways involved, in particular the HPA axis and inflammation, is likely to be an effective strategy. The few studies that have been conducted mostly centre on the importance of optimising omega-3 EPA levels; some additional mechanistic and early animal studies suggest curcumin, targeting oxidative stress, and supplementing with b-alanine may also be of use in supporting PTSD and ELA. Below, we focus on the mechanisms for the potential benefits of omega-3 and curcumin.

In the pathogenesis of PTSD, fear memory becomes excessively consolidated. Animal models have shown that the period of hippocampus-dependent fear memory is longer in mice with decreased hippocampal neurogenesis and shorter in mice with active hippocampal neurogenesis, suggesting that fear memory might be controlled by regulating neurogenesis. Omega-3 fatty acids, in addition to exhibiting anti-inflammatory and anti-depressant effects, play a direct role in regulating neurogenesis and may therefore offer a promising intervention for both the prevention and treatment of PTSD. EPA levels immediately after the trauma have been reported to be inversely associated with subsequent risk for developing PTSD, [7] with EPA (but not DHA) levels associated with the severity of clinical symptoms. [8] A randomised control trial (RCT), in which 110 participants with severe physical injury due to an accident were randomly assigned to receive either a daily dose of omega-3 (1,470 mg DHA & 147 mg EPA) or placebo (n=57) within 10 days of the trauma incident, found that those individuals within the EPA group exhibited significantly less psychophysiological symptoms of PTSD, compared to the placebo group. [9] On further analysis, it was established that DHA supplementation resulted in a linear increase in EPA levels (presumably through retro-conversion), leading the authors to suggest that EPA rather than DHA is likely to be responsible for minimising PTSD symptoms after trauma. [10] These findings are in line with recent meta-analysis of RCTs that showed omega-3 supplements containing a high ratio of EPA, or pure EPA, offer significant treatment effects in clinical depression. [11] 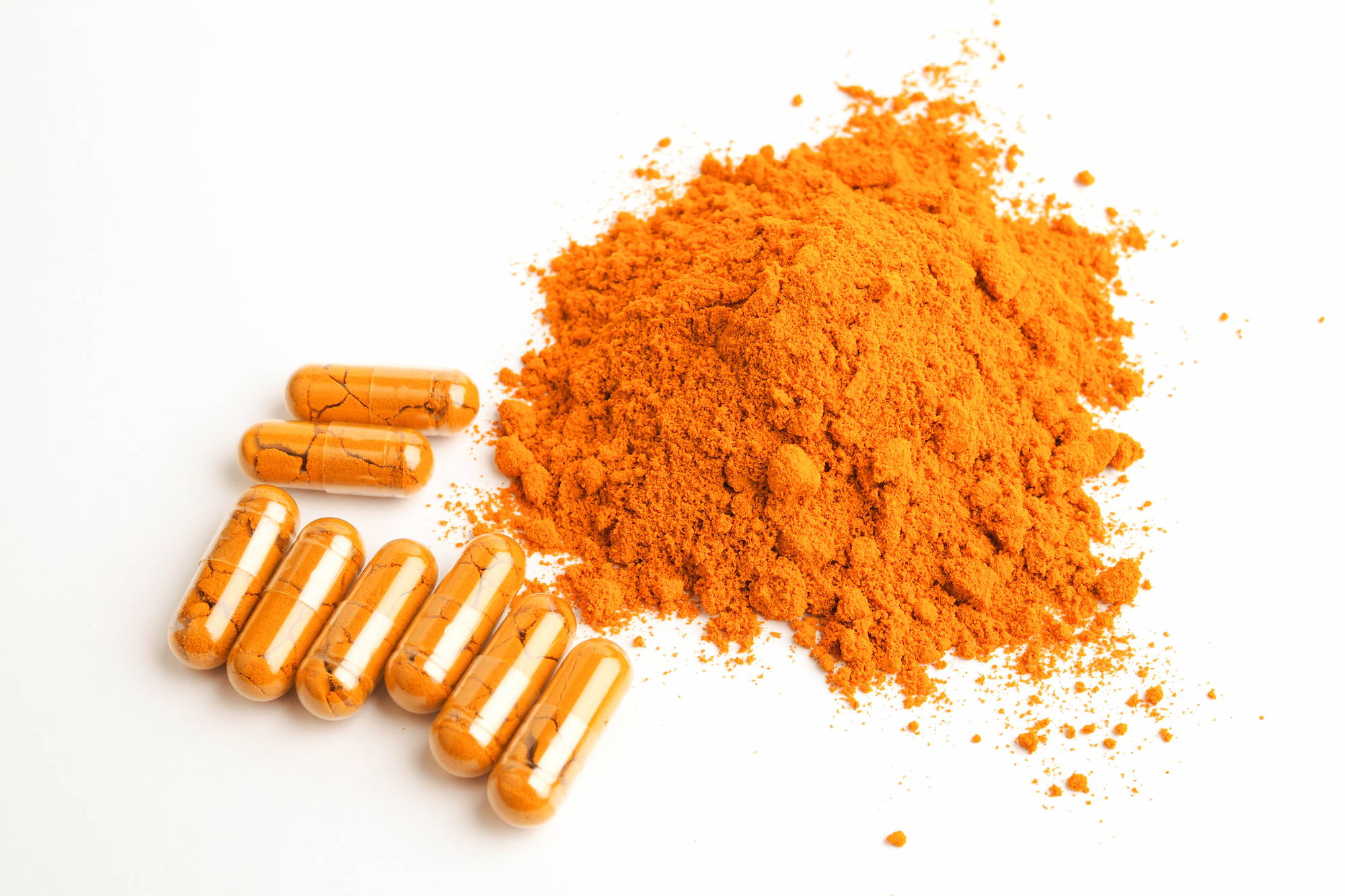 Curcumin, a polyphenol found in turmeric root, is a safe and effective compound which is gaining significant therapeutic interest due to its potent anti-inflammatory, antioxidant, neuroprotective, and monoaminergic effects, all of which are dysregulated in several neuropsychiatric disorders, including PTSD. In a recent review of the management of neuropsychiatric disorders [12], curcumin’s actions are reported to include: positive effects on HPA-axis activity, protecting against oxidative and nitrosative stress through its effects on antioxidant enzyme activity (catalase, superoxide dismutase and glutathione S-transferase), and improving antioxidant concentration (glutathione and uric acid). Erythrocyte superoxide dismutase and erythrocyte glutathione peroxidase in patients with PTSD have been suggested to indicate a weaker response to oxidative stress due to impaired enzyme activity and/or decreased synthesis; [13] curcumin supplementation may therefore attenuate induced oxidative stress by increasing blood antioxidant capacity. In addition, inflammatory markers such as interleukin 6 (IL-6), IL-1β, and interferon γ (IFN- γ) levels have been shown to be higher in the PTSD patients than in healthy controls (14) and the transcription factor nuclear factor kappa B (NF-κB) signalling is thought to be involved in memory formation, including the consolidation and reconsolidation of fear memories, a core feature of PTSD. Curcumin is believed to modulate inflammation by influencing cytokine gene expression, NF-κB activity, TNF-α levels and providing neuroprotection and enhancing neuronal growth and directly reducing a number of pre-inflammatory cytokines. Although no human clinical studies have directly investigated the effects of curcumin for the treatment of PTSD, a number of well designed animal studies do support its benefits. [15,16]

PTSD is a complex disorder involving potential physiological and biochemical dysfunctions in a number of mechanistic pathways. Genetic predisposition increases the risk of developing the condition, whilst the severity and duration of symptoms are linked to the type and degree of stressor experienced. In many cases an individual may seek nutrition advice for support of their symptoms without a ‘formal diagnosis’ of a stress disorder. In this instance, or in the case of a diagnosis being present, a detailed timeline to identify potential triggers (possibly not recognised by the client) and devising an appropriate nutrition intervention plan can help to restore chemical imbalances that could contribute to the mental and physical consequences of chronic stress and acute intense trauma and increased risk for PTSD.