The trend towards plant-based eating is ever-growing in the UK and worldwide. While vegetarians and vegans are generally likely to be healthier than their omnivorous counterparts, without carefully planned diet and supplement regimens, nutrient deficiencies may counteract some of their health gains. Although long-chain omega-3s are vital for good health, the world’s needs cannot be met by fish alone. We are therefore delighted to launch a new vegan omega-3 supplement, which provides naturally pure and sustainable algae-derived DHA & EPA in combination with astaxanthin, nature’s most powerful antioxidant. 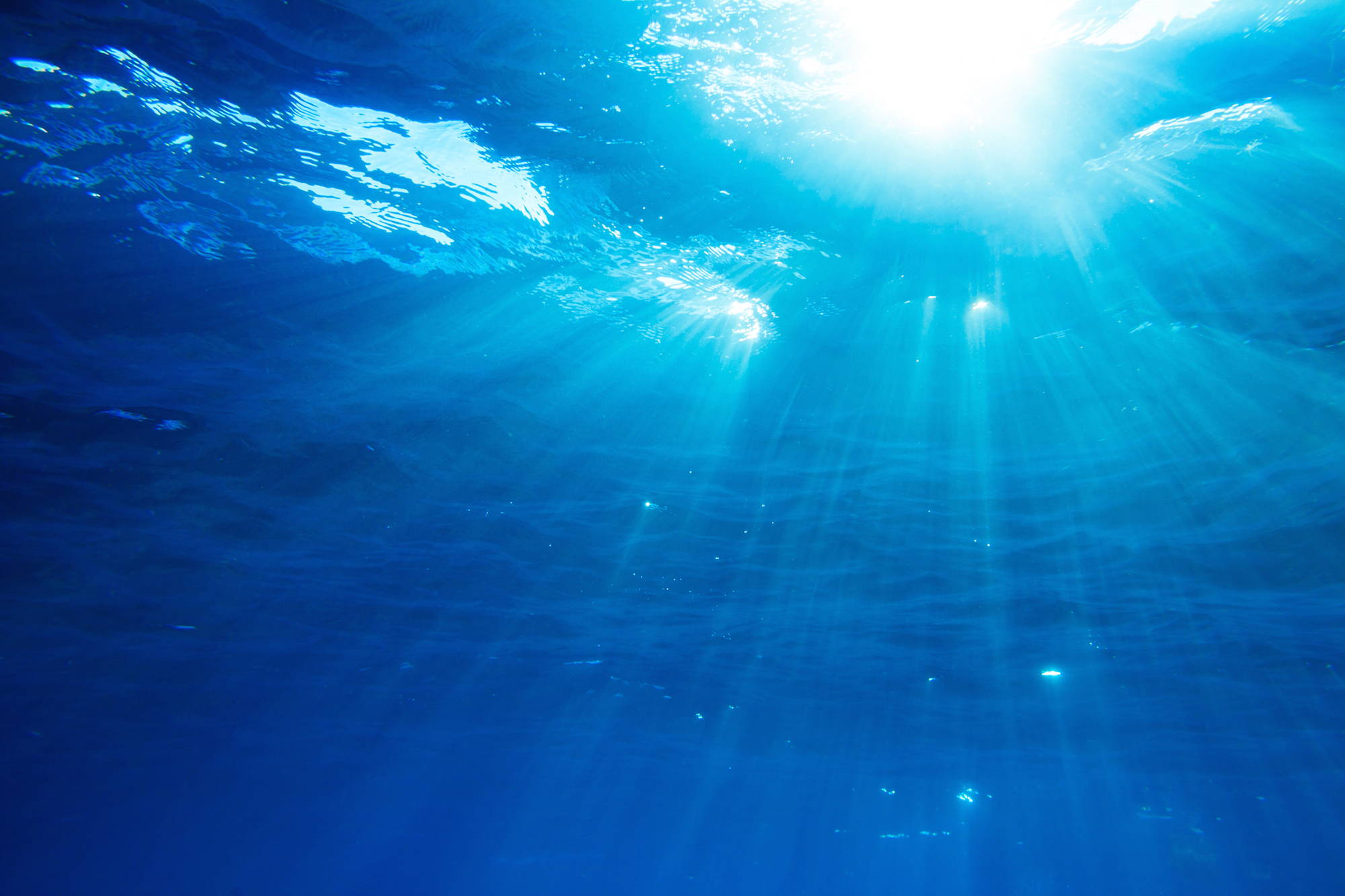 omega-3s are vital for good health

Marine foods are the richest dietary sources of omega-3. Dr Weston Price, the dentist who travelled the world studying indigenous tribes, their diets and dentition, travelled to the South Sea Islands in the 1930s in search of an inland tribe who he believed survived on a purely vegan diet. Instead of this, he learned of the indigenous knowledge that the hill people could not exist without some sea foods, at least every 3 months, to maintain good health. Even during periods of bitter warfare, the people from the mountain district would come down at night and place in caches delicious plants which grew only at the higher altitudes. They would return the following night to obtain the sea foods that were placed in the same caches by coast-dwellers. The alternative for the hill people was cannibalism, with the livers of fishermen being especially prized!

Clearly, those who have adopted a vegan lifestyle for ethical, environmental, religious or health reasons will not be looking to fish or fish oil supplements to fulfil their omega-3 needs, and until fairly recently were encouraged to consume substantial amounts of short-chain omega-3s. The problem is that these sources of alpha-linolenic acid (ALA), such as flaxseeds and walnuts, convert poorly in the body to the important long-chain omega-3s - docosahexaenoic acid (DHA) and eicosapentaenoic acid (EPA). Even under optimal conditions, only ~8% of ALA and ~30% of stearidonic acid (SDA: one step further along the conversion pathway and present in Echium seed oil) is converted to EPA & DHA, which in turn give rise to beneficial immune- & inflammatory-modulating compounds and contribute to cell membrane structure & function. Furthermore, omega-3 and omega-6 fatty acids compete for the same conversion enzymes, meaning that those with a high intake of short-chain omega-6s struggle even more to produce long-chain omega-3s.

Pre-agriculture, the natural human diet included a range of animal and marine products, plants, nuts and seeds that produced an omega-6 to omega-3 ratio of approximately 2:1. The Western diet now typically has an abundance of omega-6-rich grains and vegetable oils, such that the average UK diet now contains 15-20 times more omega-6 than -3. This imbalance, coupled with a low intake of preformed EPA & DHA in fish and naturally fed animal products, leads to abundant production of arachidonic acid (AA), the long-chain omega-6 which can generate inflammatory compounds.

An excellent solution is supplementing with an omega-3 supplement derived from algae, the only plant source of long-chain EPA & DHA. Microalgae of the Schizochytrium species are grown in closed systems on land, thriving in sunny deserts where farming is not viable. This means no disturbance of the ocean ecosystem and a supplement that is naturally free from heavy metals, PCBs and dioxins. Along with the fact that algae uses carbon dioxide to grow and that by-products of algae oil production are used as nutritious animal feed, algae omega-3 is a natural choice for the environmentally conscious consumer, whether or not they are vegan or vegetarian.

But is algae oil as good as fish oil? Fish become omega-3 rich by feeding on algae, so getting our EPA & DHA from the same source that they do is really just ‘cutting out the middle fish’. In a 12-week trial, participants given just 254mg DHA & EPA/day increased their omega-3 index (the percentage of EPA & DHA in cell membranes) significantly - from 3.1 to 4.8. (1) An ideal omega-3 index is above 8%, and after just 8 weeks of 940mg/day DHA, participants’ omega-3 index rose from 4.8 to 8.4% in another study. (2) Gram for gram of DHA & EPA, the effect on the body should be no different whether fish or algae oil is consumed.

Algae oil is especially suitable for vegans & vegetarians, the environmentally conscious, and those seeking an omega-3 supplement which is DHA-rich, such as pregnant & breastfeeding women, young children and those with eye conditions such as macular degeneration. Those wanting an EPA-only or EPA-rich oil, such as with inflammatory and immune conditions, or proven low EPA levels, may do better with fish oils for now, until EPA-rich algae oil becomes viable and affordable. An alternative solution is to take algae and echium seed oil simultaneously. Algae oil provides preformed long-chain DHA and a lesser amount of EPA, and the SDA-containing echium seed oil converts to EPA rather than DHA. (James, 2003).

Not all algae oil products are equal, however. Early-generation algae oils contain only DHA. While DHA is important for the structure of cell membranes, with benefits for cardiovascular, brain and eye health, EPA is involved in modulating the immune system and the inflammatory response. Even in pregnant and breastfeeding women, where DHA is proven to promote healthy visual and cognitive development in the foetus and infant, EPA assists DHA in crossing the placenta by increasing gene expression of fatty acid-binding proteins; it counteracts the naturally inflammatory pregnancy state, and protects the placenta from free radical damage by balancing the pro-oxidant effect of high-dose standalone DHA. We’d advise anyone taking algae oil to choose a combination EPA & DHA product. Some algae oil products recommend a low daily dose. Although algae oil is more expensive currently than omega-3 from fish, we believe that it’s worth investing in your health by taking a daily dose of at least 2 capsules of our product, which delivers 400mg of DHA & 200mg EPA.

DHA in particular, due to its structure, is prone to oxidation both before consumption and within the body, especially in those not eating a diet rich in antioxidants and/or suffering from an inflammatory condition or dealing with oxidative stress (e.g. in the form of smoking, chronic stress, intense exercise or environmental toxins). Perhaps surprisingly, one can actually therefore cause more free radical damage by ingesting high-dose standalone DHA or a DHA-rich oil without antioxidant support. 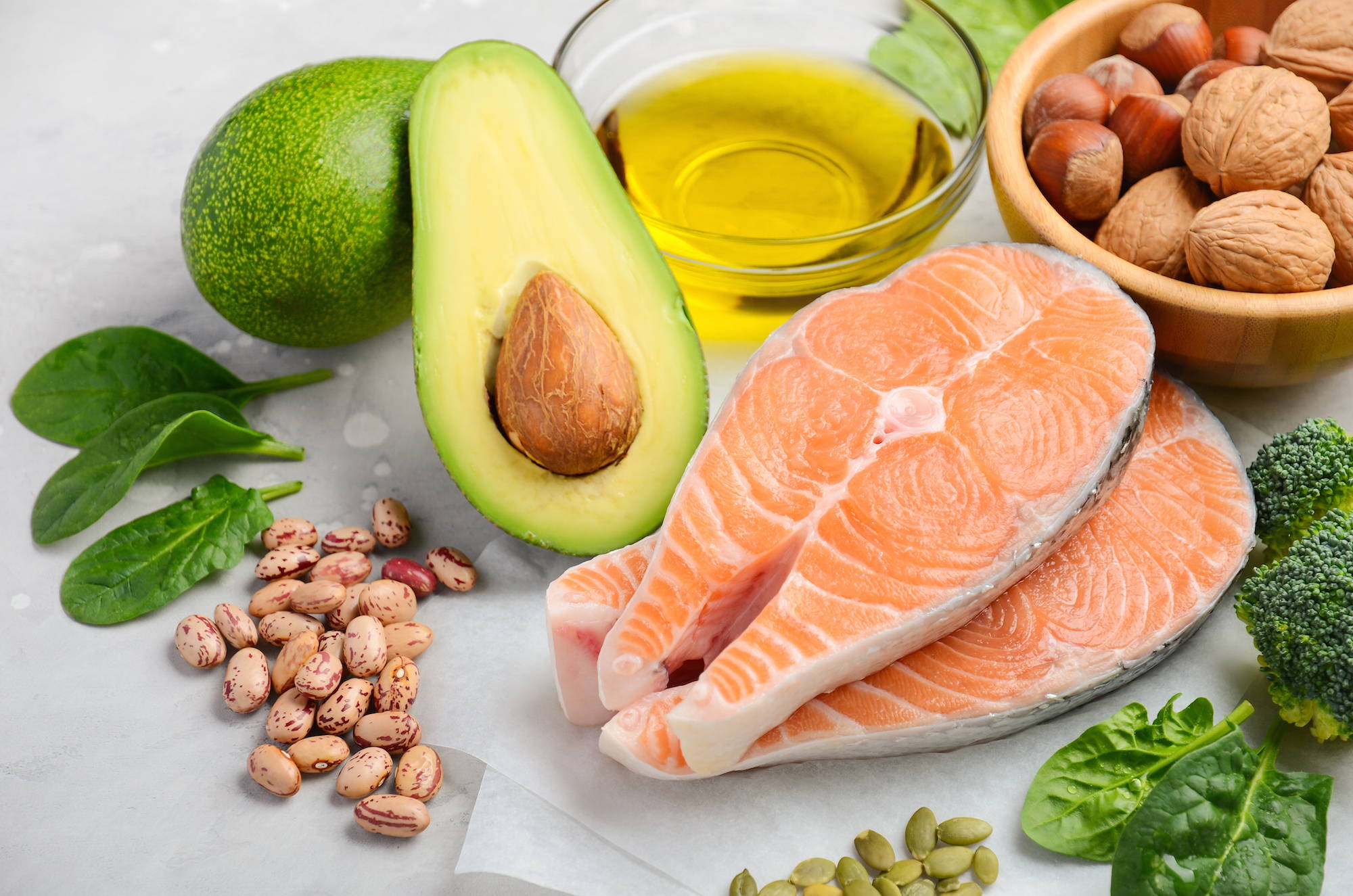 astaxanthin, the king of antioxidants, protects against lipid peroxidation and boosts immune health

Igennus Vegan Omega-3 & Astaxanthin pairs nature’s most potent antioxidant with algae oil, combining the benefits of long-chain omega-3 with unrivalled protection against free radicals. Astapure® Astaxanthin complex is a natural extract from H. pluvialis microalgae – the algae responsible for the pink-red pigmentation of wild salmon, crustaceans and flamingos that feed on them. In addition to astaxanthin, it also contains a complex of beneficial carotenoids, including lutein and a trio of ‘xanthins. Astaxanthin’s ability to quench free radicals is 6000 times greater than vitamin C, and it is unique in that it spans both layers of the cell membrane, allowing it to ‘work on’ as many as 19 free radicals at once, both inside and outside cells. Astaxanthin is used as a standalone supplement for antioxidant, eye health and anti-ageing benefits and for support in multiple chronic diseases.

Measuring blood pressure and cholesterol levels over time for diagnosis and monitoring response to treatment is routine, and we can now measure and monitor omega levels in the same way, taking the guesswork out of which omega product and dose is recommended for individuals. The Opti-0-3 test, which can be ordered from igennus.com, is a simple home finger-prick test that uses only 2 drops of blood to provide a full fatty acid breakdown including the omega-3 index, omega 6:3 ratio and AA:EPA ratio. It is useful for the ‘well’ vegan to monitor the extent of their EPA & DHA depletion, those with medical conditions seeking clues as to whether a poor omega status may be causing or influencing their condition, and for those taking omega supplements to monitor their response to treatment. 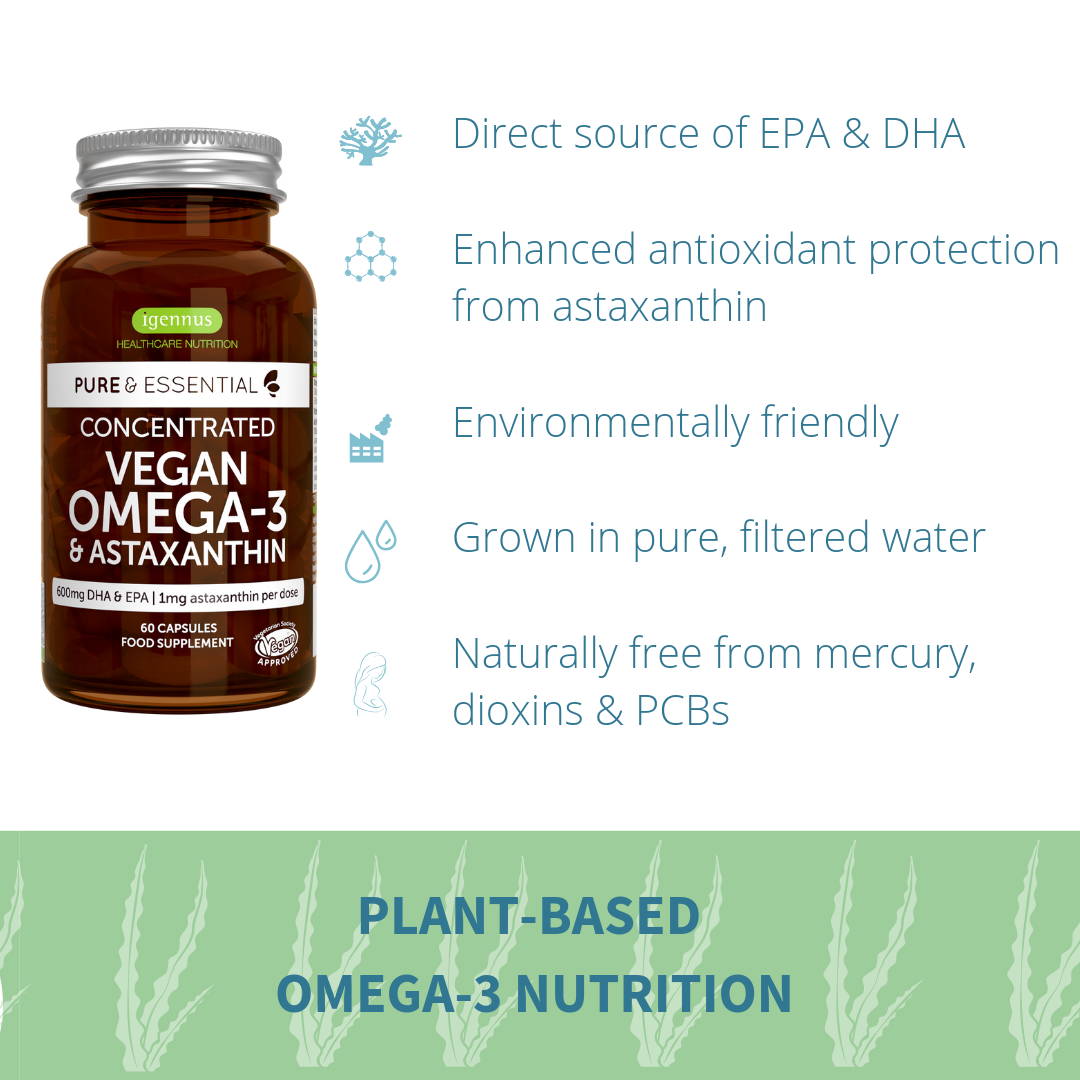 other nutrient deficiencies vegan clients should watch out for

Apart from long-chain omega-3s, there are several other nutrient deficiencies that vegans should watch out for. It’s common knowledge that vitamin B12 supplementation is vital for preventing neurological complications and anaemia, and the more bioavailable methylcobolamin form is a popular choice. When measuring blood levels, it’s important to choose a holotranscobalamin test that measures active, not total B12, as only the fraction bound to the carrier protein transcobalamin can be used by the body, with a decreased level an early indicator of B12 insufficiency. Total B12 only drops with severe deficiency and, unfortunately, by that time health consequences can be permanent.

In the UK, vitamin D and iodine supplementation is also usually necessary. Iodine is present in plants in small and variable amounts which depend on dwindling soil iodine levels, and eating large amounts of sea vegetables can be detrimental due to excessively high iodine levels, so if you are not using iodised salt (the UK does not routinely iodise salt as many countries do), your best bet is to use a daily supplement containing 150mcg of this mineral. It’s difficult to get enough sun in the UK for adequate vitamin D production, especially in winter. D3 is the more bioavailable form for supplementation and vegans can benefit from vitamin D3 derived from lichen.

Several other micronutrients need to be considered, depending on dietary habits and conditions being targeted. Calcium, magnesium, zinc and iron are bound to phytates in foods abundant in the vegan diet: legumes, grains, nuts and seeds. Soaking, sprouting, fermenting and cooking all help to increase mineral bioavailability, as well as not drinking coffee and other caffeinated drinks at mealtimes.

An easy and nutritious way to boost calcium intake is to include a daily glass of calcium-enriched soya milk (the most protein-rich of the plant milks). If calcium supplements are used, such as if targeting bone health, they should ideally be combined with the synergistic nutrients magnesium and vitamins K2 and D. The iron in plant foods is in the less bioavailable non-haem form, but absorption can be greatly increased by including vitamin C-rich food with each meal. High-dose iron supplements can do more harm than good as iron is pro-oxidant, so should only been used with a proven iron deficiency.

Vitamin K2 differs from K1 in that it is involved in bone and heart health, rather than K1, present in vegetables and involved in blood clotting. The only rich food source of K2 is natto, a fermented soy bean product difficult to find in the UK (and often to stomach). K1 converts inefficiently to K2 in the human body, so some practitioners recommend a K2 supplement, particularly in vegans not consuming abundant K1 in leafy greens or when targeting heart, bone or dental health. And finally, zinc, while found in good amounts in healthy whole food vegan diets, is the mineral most affected by phytates. Supplementation may be a good idea for vegans who don’t have time to soak, sprout, ferment and cook (as applicable) their legumes, grains, nuts & seeds or who eat an ‘unhealthy’ vegan diet.

In summary, vegans who live in the UK should supplement with omega-3 EPA & DHA, vitamin B12, vitamin D and iodine, and should consider whether it’s necessary to take supplemental zinc, calcium, vitamin K2 and iron. For general vegan health we recommend Igennus Pure & Essential Vegan Omega-3 & Astaxanthin and Advanced Multivitamin & Minerals, topped up with extra Pure & Essential Vegan Vitamin D3 when sunlight is hard to find.